Internet-Based Work and Business in Thailand 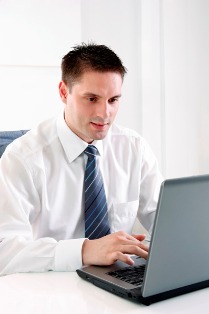 This would discuss the gray areas on Thai Work Permit, Internet-based work or business, voluntary declaration of income and taxes to Thailand.

I am considering moving to Thailand and living there for about a year. The visa is not the problem, the problem however is how I make money. I work completely over the computer, and make a living that way. I don’t have any employees and do not make enough money to employ any. I read that in order for me to have this business that I must hire people? Like if I were to live in Thailand, would me having this business be illegal? How does it work? I cannot seem to find any clear cut answers defining internet income. Please, can you help?

I work offshore in the Oil & Gas industry. They make new contract every time they need me for a job. This means I work on a casual contract basis, with contracts lasting about 30-40 days (the duration of each single job). On average, I work offshore 40 days, then I come back to Thailand for 3-4 weeks of vacation, then I go back to work, and so on. I use to enter in Thailand as a tourist at the moment. What I would like to do, is to open a bank account in Thailand, getting paid by my company on this account, and then declare my income and pay taxes to Thai authorities. If I need to apply for a visa too, that would be ok for me. 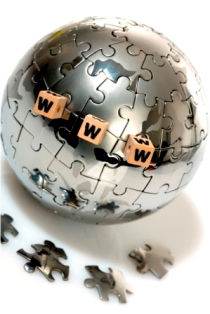 On the second scenario, it was clearly defined that the source of income is offshore, he is working offshore, but he prefers to stay in Thailand under tourist visa. He wants to open a bank account, and declare his income and voluntary pay taxes in Thailand. He also wants to know if he can apply for a different visa, since he is currently on tourist visa. Different issues were identified such as: 1.) If he is technically working offshore and the source of income is offshore, can he declare his income in Thailand and voluntarily pay taxes to Thai authorities? 2.) Under tourist visa, can he open a bank account in Thailand? 3.) What would be the alternative type of visa for him if he wishes to stay longer in Thailand?

A foreigner will only be allowed to work in Thailand if he has met the following:

Under the Working of Alien Act, B.E. 2551, “work” is defined as “physical and mental activities, whether or not for wages or other form of compensation. Even volunteer or charity work requires a work permit in Thailand.”

Thus, for the question “would a foreigner engaging in an internet-based work conducted in Thailand requires a work permit?” affirms that any cloud based income generating activity is considered as a work under the Alien Employment Act. Thus, any foreigner engaging Internet-Based work or Business conducted in Thailand requires a work permit. This is true even though the income is from abroad, or that the job has no physical office location in Thailand.

If you are conducting a business in Thailand in this similar kind, it is necessary to register the company if you wish it to operate legally. Employing people, especially foreigners necessitate for the company to be legally registered. Work permit processing for foreign employees would need the corporate documents.

If you have been reported working on the internet without a work permit, you are subject to illegal activities such as providing services/engaging work without a permit. Work permit violation is a criminal offense and penalties include imprisonment of not exceeding 5 years or a fine from 2,000 THB to 100,000 THB, or both. A company or employer that hires a foreigner without a valid work permit is subject to a fine from 10,000 THB to 100,000 THB for each foreign worker/employee.

Does he need to pay income tax to the Revenue Department in Thailand?

Since he is a foreign national living in Thailand and generates his income by working in Thailand, he is subjected to pay personal income tax, even if the work he does is internet-based. Remember that he is physically located in Thailand and he is exerting energy and using knowledge of which under Alien Employment Act, quantifies work. He does work, and is liable to pay tax. Take note, that the ability to pay tax requires to have the right kind of visa and a work permit.

Generating income by rendering service or knowledge in Thailand, you are subjected to personal income tax, even if the work you do is for clients based outside Thailand, or the work is internet-based.

Who are considered as taxable person then? Any person residing in Thailand for a period or periods aggregating more than 180 days in any tax (calendar) year (also referred to as resident of Thailand) is liable to pay tax on income from sources in Thailand on a cash basis, regardless where the money is paid, as well as on the portion of income from foreign sources that is brought into Thailand.

A non-resident (person residing in Thailand less than 180 days) however, is subjected to tax only on income from sources in Thailand.

Opening a bank account in Thailand would require a long term visa (such as non-immigrant visa). Most banks in Thailand won’t allow opening an account on tourist visa.

On the 2nd Scenario, alternative type of visa for him could be Non-Immigrant Visa or Retirement Visa (if he is more than 50 years old).

If your income has been earned outside Thailand, you can’t declare your income and pay your taxes here.